It’s about 830 in the morning and everything just feels right. You ever have that feeling, the sun is warm, you have a coffee, and you’re doing whatever it is that you want to do, for me that’s adding to my journal. I’m sitting out on the balcony of my hostel with a coffee and relaxing, and just got through talking to a girl that lived in California for 12 years, and now lives in Germany… I don’t think it could get any better… that’s not true, it can always be better. I guess she and her girlfriend will be on the same train as I am tonight to Prague. The people in my room are all from Dublin and all of them are really friendly… it’s too bad that I don’t have longer here, I know that I would have fun. Not that I didn’t have fun, but it would have been better if I went out with more people.

I need to actually get moving, it’s going to be a big day, but all I want to do is sit here and soak up some of the ambience. Okay, I’m going to go for now. It may be a couple of days before I can update my blog again… but maybe it will be just a couple of hours, who knows.

Here are some pics from my last day in Krakow, including the trip to the salt mines… I thought about adding a new entry, but I don’t have much to say about this part of the day, and if I want I can add text later to this entry. 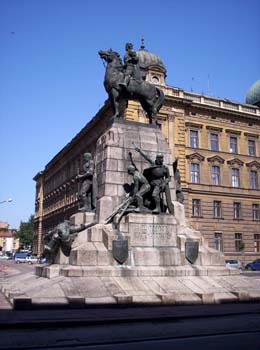 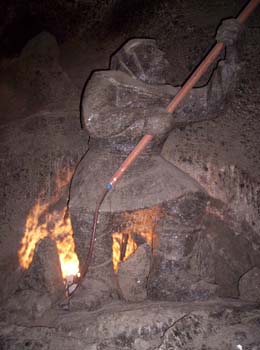 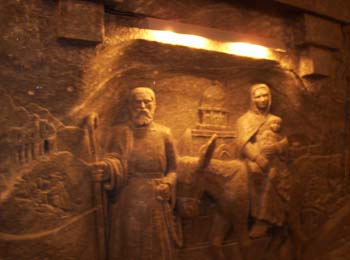 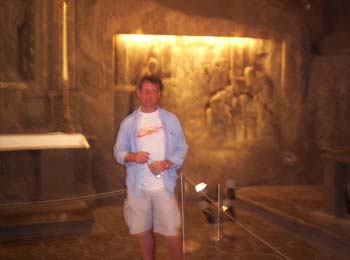 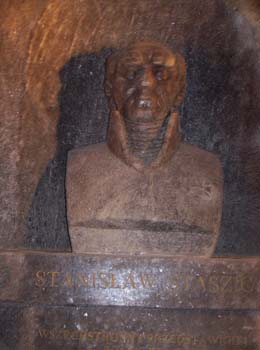 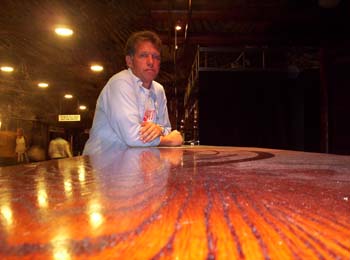 I finally made it out of Riga, and with my debit card and still in one piece. I don’t know if I’m being unfair to Riga or not, but although it was pretty, it was the worst place I’ve stayed since I’ve been on the road. Now that I wrote that, it does sound unfair… but it is true. :) Too many beggars, mean people, rules, and too expensive. I didn’t even mention the beggar that told Maris that he was going to wait for him so he could kick his ass, or one of the guys that was staying in one of my rooms that was charged 20 lats for a drink that he didn’t order… on top of 20 lats for the one that he did ($100 for two drinks), or the cops giving me a hard time for sitting on the grass in the park, or even the guy that was smoking a cigarette so I went where he was to smoke one too, then he yells at me to move, because I can’t smoke there, or the other things that made me dislike the town.

Now I’m in Krakow and to be honest, this is heaven. I almost want to say it’s the best place that I’ve been, but Irkukst and St. Petersburg were probably just as good in their own ways, if not better. The hostel is great, the food is the best, and the city is totally beautiful.

This was from my first trip to the square, and you can probably imagine how it must be with sound and looking all around. There was lots of activity and lots of great old buildings. The difference between Krakow and some of the other towns that I’ve been to is that the city still looks old. Most of the other cities are restoring and remodeling the buildings, making them look brand new. This makes them look good, but not as original as the buildings here in Krakow. 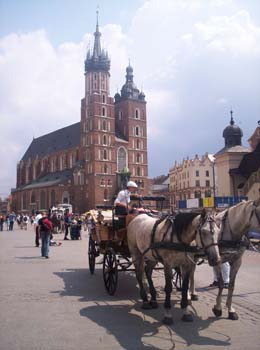 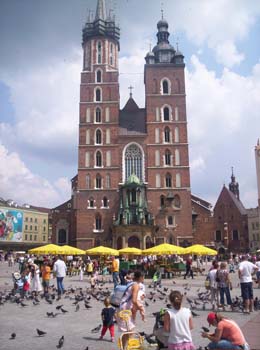 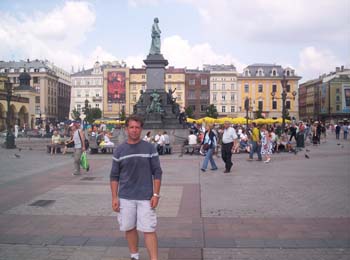 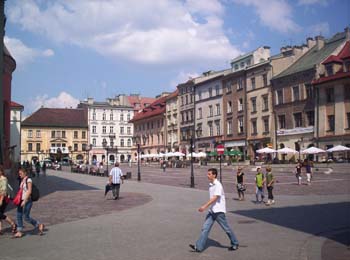 I went and got my ticket to Prague after I took the above pics. I wanted to make sure that I could get a seat tomorrow. With the amount of time that I spent at Riga, I only have a night here in Krakow, and probably only a night in Prague.

Tonight there was a music festival going on, so I went and found a table at one of the cafes that surround the square to listen/watch. I can’t tell you how perfect it was. It could have been better if I was with some people, but what can you do??? Sometimes things just don’t work out. :( Maybe in Prague. 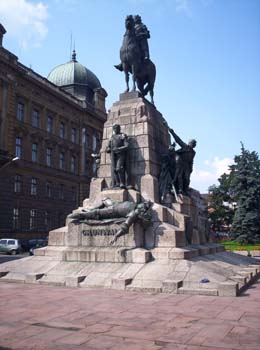 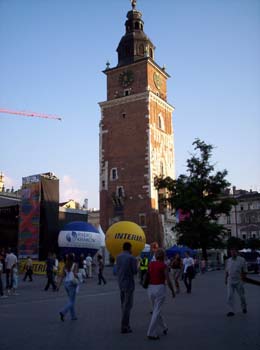 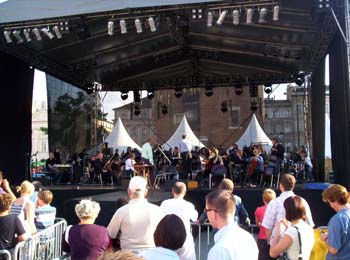 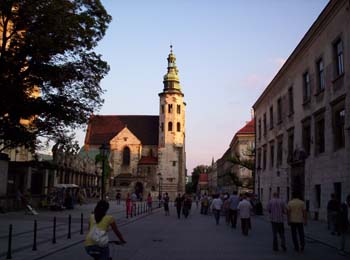 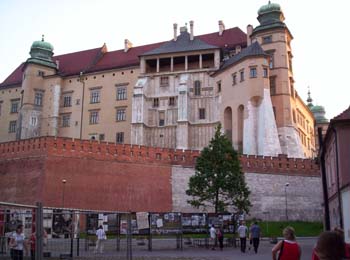 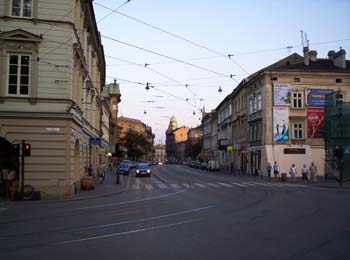 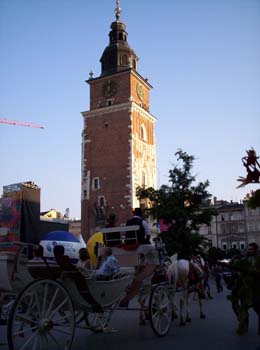 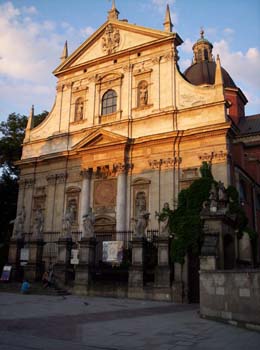 Tomorrow, if I can get up in time I’m going to head to the salt mines. They’ve got some salt mines that supposedly have a city in them, along with sculptures and a cathedral… that’s all I know about it, but I had two different people tell me that I need to see it. I wanted to see the concentration camp, Auschwitz (can’t spell the name), but I thought I already know a lot about it, and don’t know anything about the salt mines. Did I mention how glad I am to be out of Riga?