This has been one of those days that I haven’t been very productive. I’m not really sure why, maybe because it rained most of the day, or maybe because I feel like I’ve seen most of the tourist areas and to see any of the other sights I’d have to take a tour, which I wasn’t in the mood for. I did spend a few hours walking around and preparing for the train ride to Budapest tomorrow so it’s not like I didn’t do anything, just not as much as I think I should have. 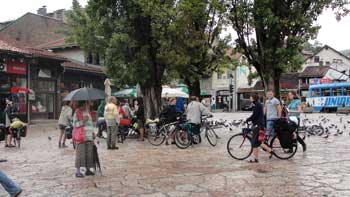 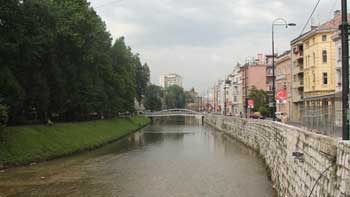 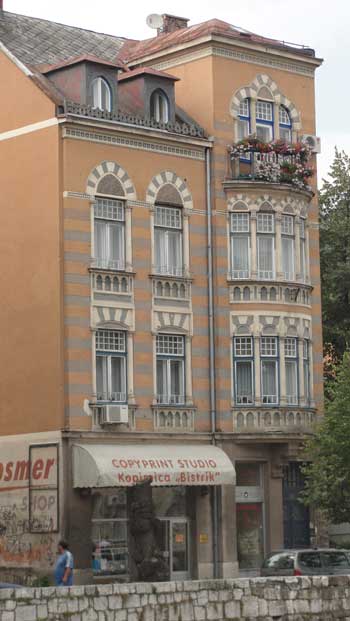 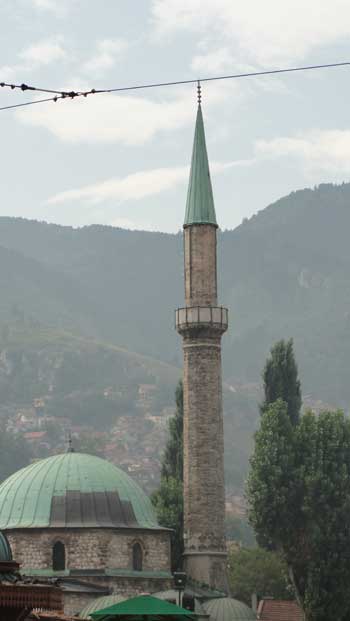 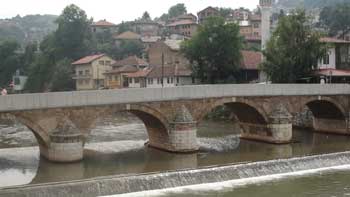 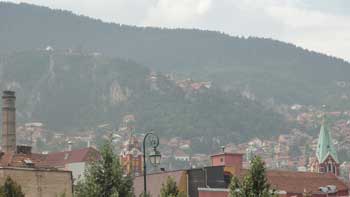 My next destination is Sarajevo, Bosnia and I had to take about four busses to get there, that’s what I was told, in fact it only took three, the first was a two hour trip that started in Tirana. Like I said for me this place was just great, I packed my bags to the bus stop, a little further from where the first bus dropped me off from, and sat down. Over comes three guys that are packing around the area and they are heading the same direction, at least for the next three buses. They were from Germany, and very friendly too, I ended up talking the whole trip with them about traveling, Albania, and life. When we got to the next stop, because it was Sunday there weren’t any buses heading to Ulcinj, Montenegro but we could take a taxi for about 25 euros, lucky again, I got to share the ride with the guys from Germany. From there they dropped me off and I thought I had to go to Podgorica to get a bus to Sarajevo, but they had a bus that went right there that left in a couple of hours. When the bus showed it turned out that I was the only passenger. :)

I’m in Sarajevo now and like it seems with all my bus trips this one ended in just the same way. I arrived in Sarajevo at 4 in the morning to a closed and deserted bus station. The directions to the hostel said that you could see two blue skyscrapers in the distance, and that it was close to them. The problem was, was it had just rained and it was cold enough that I could see my breath and that it was so foggy that I couldn’t see any buildings in the distance,. So the first thing that I did was to put on long pants and the next thing was to try to find a place out of the way until I could see where to go. At six they opened the station and at least I had a place out of the cold. I slept there until about 8 and then started asking people for directions. It turns out that the bus dropped me at a bus station that was about 20 km away from the main station, but nobody could tell me how to get there, one lady did tell me the direction though (and tried to give me money for the bus) and that was all I needed to head out. I walked for about 20 minutes just following the road and ran up on the airport and since I didn’t have any Marks (the Bosnian money) I wanted to find an exchange so at least if I did get lost I could pay for a taxi. It’s a small airport and except for some workers it was empty, there were two USAF people walking around so I went up to talk to them. I don’t know why, but when I see Americans I just like to say hello, I like to say hello to others, but Americans are special. I talked to them a little bit and found out they were actually working with NATO. 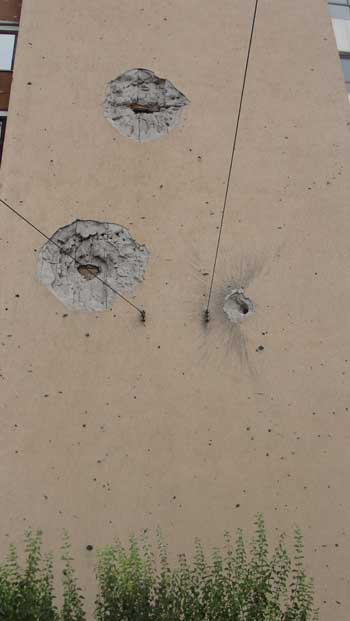 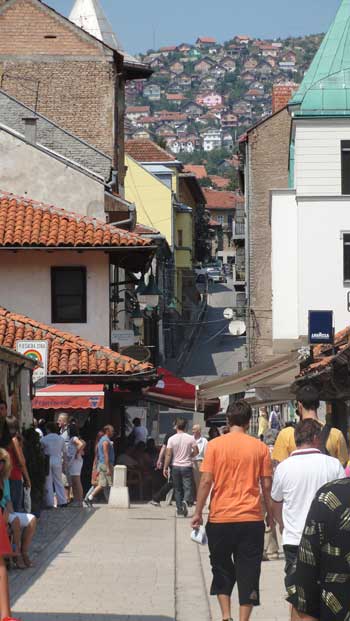 Now with money and the weather getting a little nicer I headed out again after about another 20 minutes I got to the tram line and grabbed one headed into town. One lady that spoke English told me that I needed to stay on until almost the end of the line so that’s what I did. Unfortunately, I should have asked her where the central bus station was because when I did get downtown I didn’t have a clue where to go. It’s about 10am now and I’ve had my packs on for about 2 hours, some people gave me good directions, although vague to the bus station and I did find it about thirty minutes later. Unfortunately again, the directions to the hostel that were on the web site did more to confuse me than anything else, I ended up walking around for another hour until I did finally find it, only to be told that they didn’t have any beds. See, I made the reservation thinking that with four bus trips that I wouldn’t arrive until tomorrow, so my reservation wasn’t valid yet. So the hostel manager tells me to find the Europa Hotel and right next to it is an information center and they can help me get a room. This lady needs to learn how to do directions, because she tells me that it about a ten minute walk right on the same street of the hostel. Sounds easy huh? Well about thirty minutes later I finally give up and get a bag of potato chips and a water and eat them against the side of the store. I must of looked pretty pathetic too, because as two packers were walking by, I said, “Excuse me.” They ignored me, I said it again, and one of them looks at me and shakes his head no. I’m thinking that was rude, so I said, “Do you speak English?” One of them turns around and in an American accent says, and I still can’t believe it, “I’m sorry sir, we’re not interested.” I actually was so stunned/angry I thought about going after them and confronting them. I wasn’t a beggar… but I guess I know how it feels to be one after the lady at the bus station tried to give me bus fare and then those two asshats. About 300 meters up the road I saw a hostel and found a room. In the end I walked around the city with my packs for roughly six hours. Never did find the Hotel Europa, but no worries I comfy now. 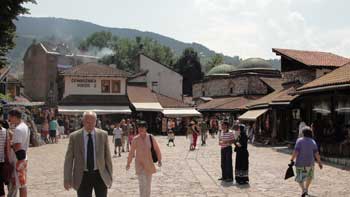 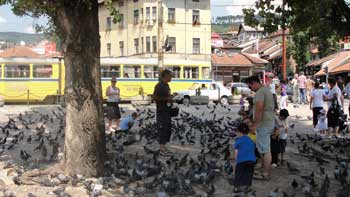 After getting cleaned up, I headed out to see the old town. It’s a little bit touristy, but it still has a lot of charm. There’s lots of old building, and there are a lot of new ones too. From what I’ve heard they are just like Beirut in that they are rebuilding the city after the war, which is evident nearly everywhere. I don’t think a person could miss seeing the buildings not only with bullet holes, but you see the gunpowder marks as well. Some of the buildings even look like they were attacked recently.