Day two in Beirut has been pretty good, though I can’t say that I’ve seen anything spectacular. I got up fairly late and decided to do some research on the computer while I had some coffee…It’s been a long time since I was able to sit back on the computer and drink a coffee so this morning I probably indulged myself a little too much. By the time that I was ready to leave the apartment it was nearly noon, a lot later than I usually head out. 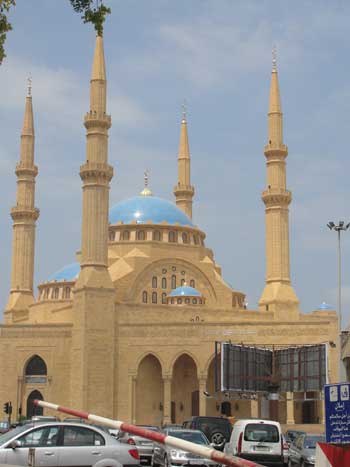 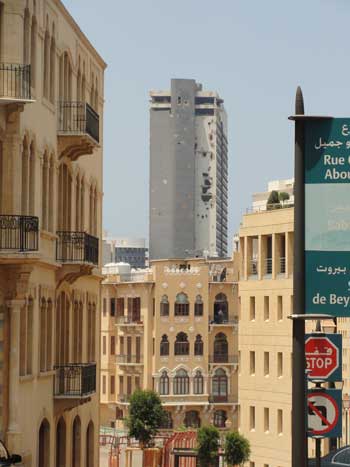 The first thing I wanted to check was American University in Beirut. Like I mentioned in an earlier post it’s just one of those places that I’ve heard about and since I was here I decided that it would be nice to know first hand how it looks. The school was really nice, it seemed big and was situated right next to the sea. I don’t know much about the school, but the location was great. I just kind of wandered around for about a hour… maybe less though until I found myself down by the sea. Anyone who knows me, knows that I love water, and the Mediterranean was beautiful. There wasn’t a beach just large rocks with people laying out on them while waves came in. It was so impressive I searched for a place where I could get down to the rocks, a place where some kids were fishing, and dangled my feet into the water. The water was absolutely perfect, not like the Persian Gulf which feels like a bath, this water was perfect. 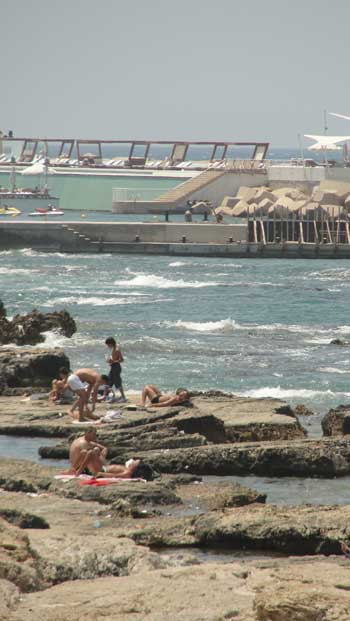 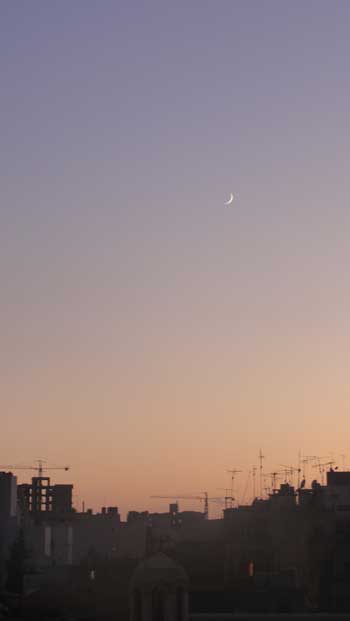 Later on I finally found a place to connect to the internet, but I had to do so many things before I could post to my blog, that by the time I was able to add some entries I just wanted to leave… so my blog is going to have to wait for a while.

I’m sitting on the sixth floor of my hostel that is in the heart of Beirut, Lebanon drinking a beer and thinking how great this is. It’s great for a few reasons, the first is that I’m in Beirut. I have this image in my head of the late eighties and early nineties when there was a civil war going on here. I remember watching the news in disbelief on what happened to the city, and now I’m sitting here. The city was once known as the Paris of the Middle East and in my opinion it deserves the reputation. There are tree-lined streets everywhere, small shops jammed together and lots of traffic choking the narrow lanes, which is exactly the way I remember Paris, except Paris didn’t have any buildings with bullet holes. It’s really strange to see that too, bullet holes scattered across the side of a building, or all around the entranceway. It’s also great because I’ve got a great view of the city and a okay view of the Mediterranean Sea. Not to mention I’m the only person in a three-bedroom apartment… In other words, I’m renting a fully furnished apartment in the heart of Beirut, who would’ve thought that? Technically this is called a hostel, but what it is, is an apartment that the owner/manager rents out the bedrooms, as I mentioned only three of them. Since there isn’t anyone else here, and the manager doesn’t stay here, I’m the only one in the place. 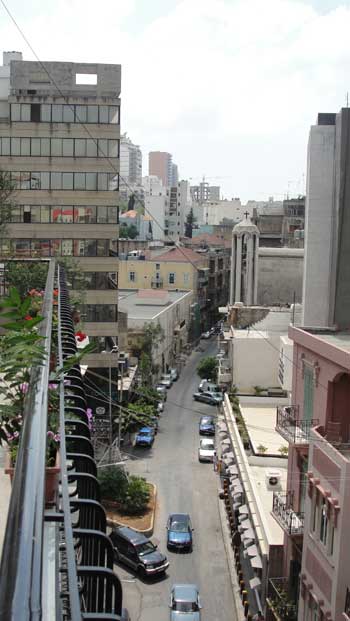 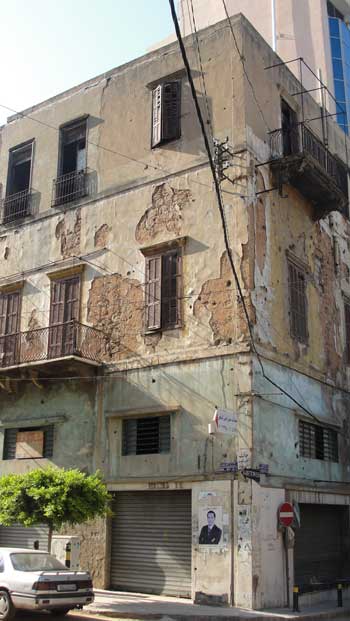 I haven’t done anything yet today except take a short walk to get some dinner and some groceries, but tomorrow I plan on taking a trip to the American University in Beirut. According to Lonely Planet, it’s like the hub of Western influence in the city. They say that nearly everyone speaks English and for the most part it very liberal in the area surrounding the university. I’ve got friend in Dubai that have talked about it so there is a little bit of curiosity to see what it’s like… maybe even go inside and try to meet some profs there. 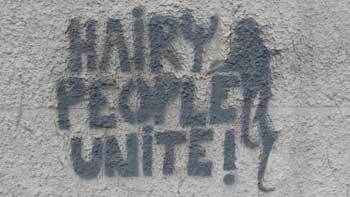 So far on this trip it’s been a little bit rough getting motivated to travel. I’m not really sure of the reason for the difficulty, but I’m starting to think at ways to combat it. Before I was doing what I wanted, and then when I was through I’d make my next plans, but tomorrow I plan to make my exit plan from Beirut and then start doing my sightseeing. Basically the opposite of my normal M.O.. I’m trying to work two, maybe three things. The first is to go to Cyprus, the second is to fly to Istanbul, and the third is to go to Greece. I remember one of the people that I was traveling with in Russia who told me of a ferry/cruise that backpacker do to go across the Mediterranean. She said that everyone just basically sleeps on the deck, and during the busy times the deck is full of people. The problem is, is that I can’t find any mention of that in any of my books. Ultimately that would be the best situation, but I may fly to Turkey, and take a bus around the country to see more of it than I did back in February. Cyprus would be cool too… I just don’t know if that would be smart. I read basically that I would have to fly there, and then fly out, and that’s not something I really want to do. I’d much rather take a boat or bus if I’m going to travel, planes are too expensive for my type of traveling.