Hmmm, Macedonia… or rather Skopje, Macedonia, the capital city because that’s where I’ve spent the day. First of all the people have been much more friendlier than the people in Sofia, and in some ways the two places are almost identical. I arrived this morning at four, yeah, four in the morning and promptly headed for an empty bench in the bus station to finish getting some sleep. The station was pretty much full when I got there with sleeping backpackers, so the guards didn’t look twice at me stretching out on the bench, that was until the station started filling up with travelers about 630 or 7. I woke up on my own, but there were a few that the guard had to wake up, and even after that some of them wouldn’t get up.:) As soon as the ticket booths opened I bought a ticket to Tirana, Albania that left Skopje tonight at 7. I don’t really know anything about Macedonia so I thought a day here would be fine. I looked into hostels, but there weren’t really any that fit what I was looking for. On my bus ride here from Sofia, I met a girl that lived here, Ivana, and she helped me plan my day, even drawing a pretty good map in a moving bus. My first goal was to see The Stone Bridge, then head to the old part of the city, and finally just walk around the city center. I did all the above and although I could slog away and tell you about the sites, I think I just add pictures. I should say that the old part of the city was really nice. It had the feel that I’ve come to love, the semi-restored feel, some modern, but enough of the old that you can imagine what it must have been like living there hundreds of years ago. There was also a castle or fort that they are restoring that I wandered around a bit on. 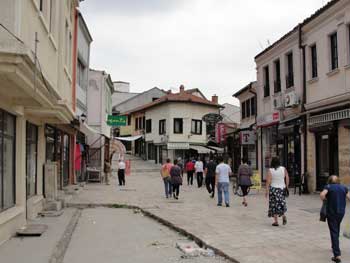 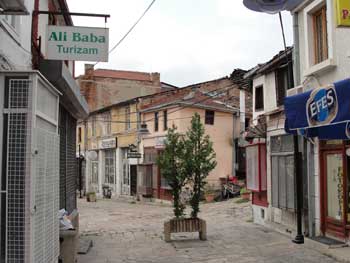 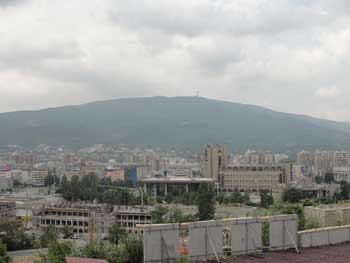 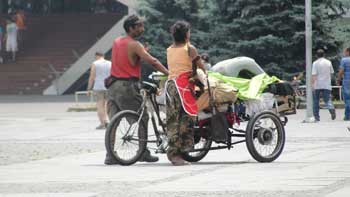 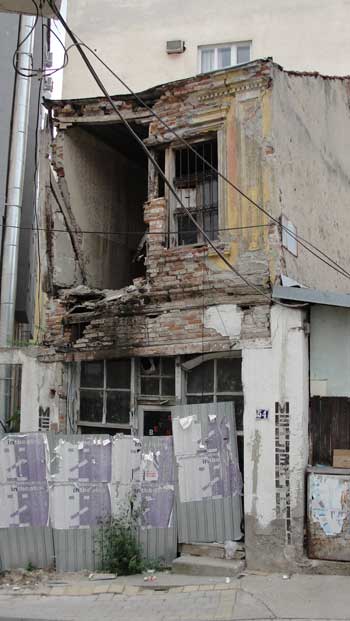 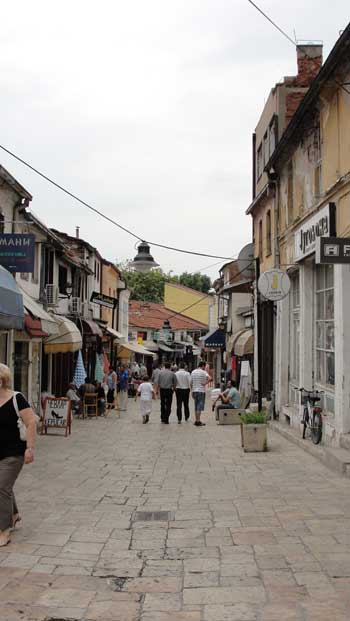 I’ve got about two weeks left before I have to be back to Dubai and I still want to see about four countries, Romania, Ukraine, Croatia, and Hungary. I may have to cut out one of them though since the next two days I’ll be spending them in Tirana. It’s now about 5, just a couple of hours before I leave for Albania, and I have to get cleaned and eat something. There is nothing so fun as changing clothes and “cleaning up” in a Soviet Era bus station bathroom. The floors are usually wet, the stalls are tiny, and the smell is so strong that it numbs your senses. I usually end up bumping into stuff for about ten minutes just because my brain has been left incapable of concentration from the smells. :)