Okay some of the sparkle wore off after the initial shock of this city. I think Brussels is more similar to Rome than to Paris, in that it’s big, dirty, and very interesting. I was only scheduled to be in Brussels for two nights so I didn’t get a huge amount of time to explore completely, but I did see quite a bit of the old part of the town. There is one part, the old city center that is just stunning. I don’t know of any other word that fits, maybe awesome, because when I turned the corner with all the other tourists, I pretty much walked into the past. There were huge ornate old buildings surrounding a very large cobblestone courtyard. 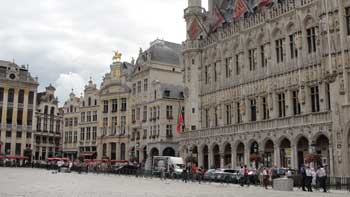 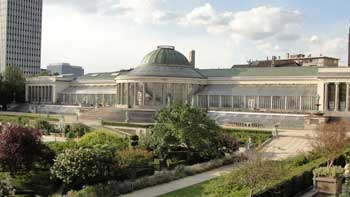 I left Amsterdam for Brussels at 1050 this morning and there was still one thing that I didn’t find out about while I was there… now bear with me, I consider myself somewhat intelligent so this is kind of embarrassing, what country is Amsterdam in? Not to worry, I know the answer so there isn’t any reason for anyone to show their geography skills by telling me, because I did figure it out but only after getting to Brussels and looking it up on the web. Do you know? 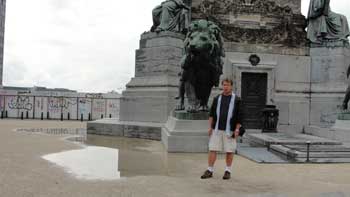 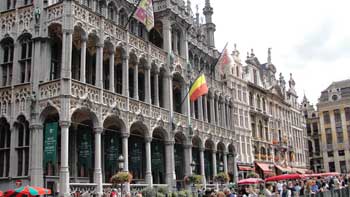 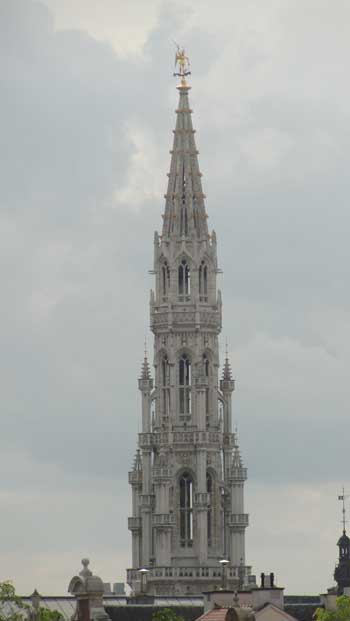 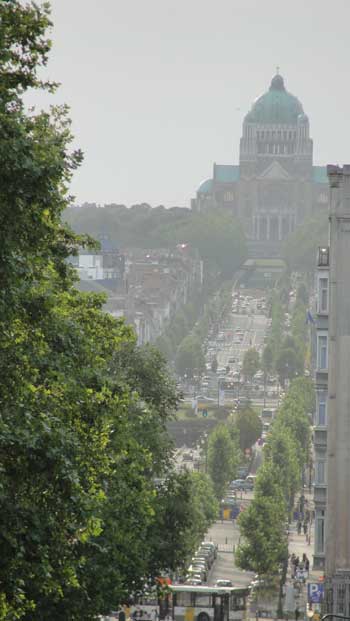 So the train ride to Brussels was the best. I had a whole area of the train to myself, what I mean is that the seat beside me, and the two seats across from me were empty. I’ve said it before, and I honestly believe that having extra room when you travel is one of life’s little pleasures. The scenery was spectacular on the way too. Everywhere you look there are pastures with grazing cattle and sheep, and canals higher than the level of the pastures held back by earthen dikes, and tug boats and barges making their way along the canals. The weather was even cooperating with mostly sun and no rain, that was until we were about 2 minutes from pulling into the train station. No lie. Almost the moment the train stopped the rain started, and it rained for the next 3 hours. 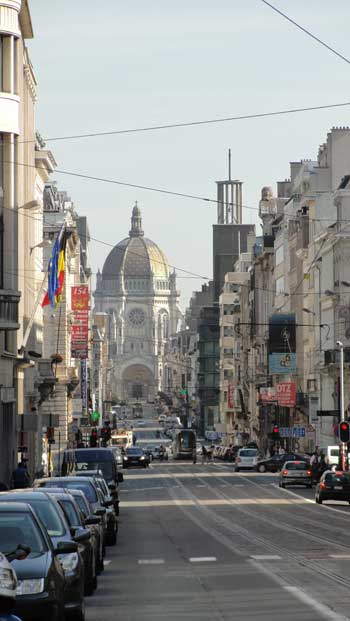 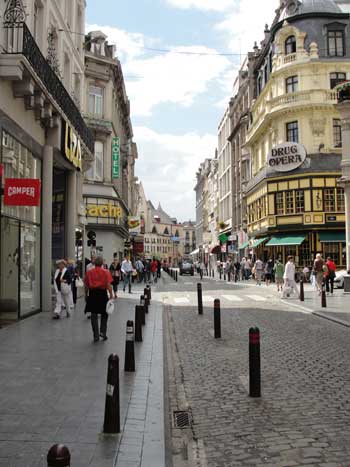 Partly because of the rain, and partly because of the street layout it took me about two hours to find my hostel. It was only about a mile away but I think I walked about four trying to navigate to the hostel. Not to worry, I did find it and it’s comfortable and free wi-fi, so everything has worked out.

Brussels, Belgium. To be honest I don’t know what I was expecting except that the language here is French… pretty sad, but that was about I knew about it before arriving. When the train was entering the outer city I looked out the window and saw women displaying themselves in windows. That in and of itself threw me, I thought only Amsterdam allowed that. With a slight sense of what I’d seen, when the train pulled into the station and I made my way out in the city, I was shocked. The city is absolutely beautiful. While I was walking around I couldn’t seem to shake the feeling that Brussels is very similar to Paris, at least in some ways. There is a sense of comfort that both cities have. I don’t know if that makes sense to anyone, but what I mean is that it seems that people are more about living than they are about impressing others.