I got to Prague this morning at about 6, by train. This was the first time that I did a train by myself, and it was the first time that I’ve ever had just a seat and not a sleeper. I didn’t think that it would be a big deal, I mean I’ve been on buses and planes that you sat in a seat for long periods of time. I was wrong, the major difference is that you don’t sit on a seat, you sit on a bench, that faces another bench…so leg room is dictated by the person your facing, I had a man with big feet.:) It wasn’t that bad though, and I made it to Prague in one piece. Except for getting some bad advice from some Americans, I would have made it to my hostel in no time, but I ended up going about ten blocks (with two packs) until I asked someone else, and they told me that I needed to go back the way I came. It turned out where I asked the Americans I was about a half a block away from my hostel.

Okay, it seems that I say this every time that the city I show up to is remarkable or beautiful, and Prague is no exception… Prague is beautiful. Just like the other cities there are two, one new and one old. The old part of Prague has some great old architecture pressed close to each other, overlooking very narrow cobblestone streets. I think I getting a little overwhelmed by all the old buildings in the cities that I’ve seen, the ornate facades, the beautiful feeling of times gone by, because although I’ve taken about a hundred pics this morning, but unlike some of the other places I’ve been I’m not stunned anymore. 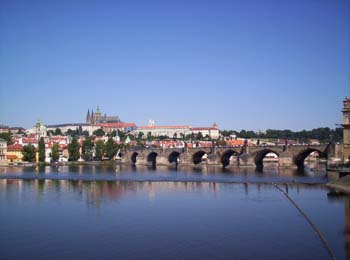 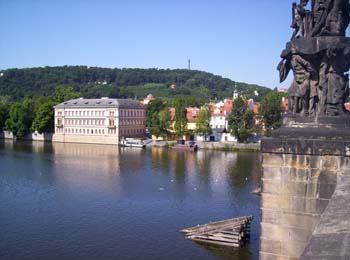 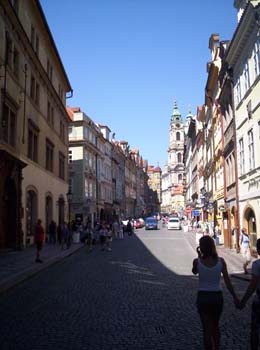 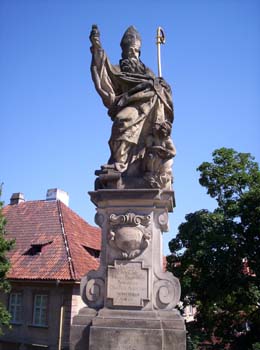 I went to Charles Bridge… I don’t have any of the facts on it, but it’s a bridge that is something like four-hundred years old. It has thirty religious sculptures lining the sides, and for now it seems like it’s only used as a tourist destination. Venders and tour groups pack the span of the bridge, and the view of the river below is great… In fact nearly every view in Prague is great. If you have anywhere open around you, you can see a castle on the top of a hill/small mountain. As I wound my way through the narrow streets up to the castle, I got some awesome views of the old part of the city. I didn’t go into the castle itself, just the courtyard and some of the buildings that surround it. I kind of hung out with a tour group for a few minutes to hear some of the stories. 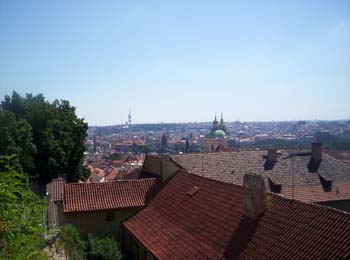 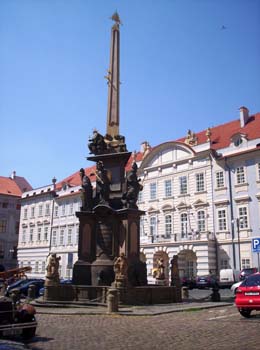 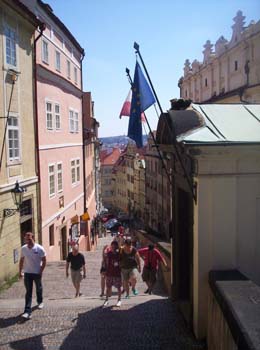 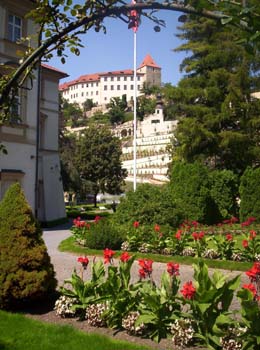 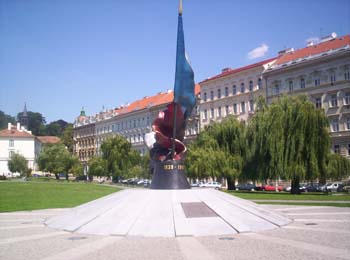 I get to check into my room in a few minutes so after I do that, and get cleaned up I think I’ll head out again.

This is added images from the nights walk-a-bout. 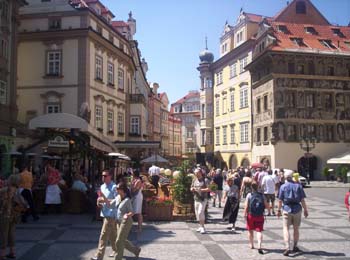 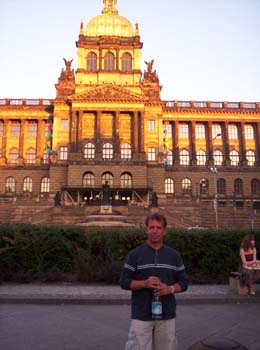 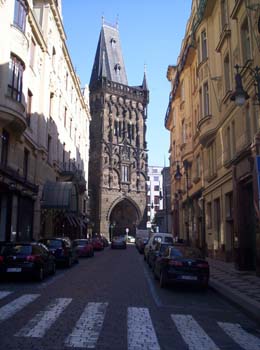 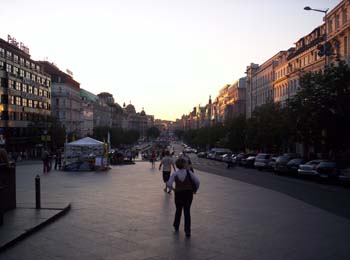