It’s been something like three days since I added anything to the blog. There’s a couple of reasons for my lapse, but tonight I’m hoping to make everything right. First of all, I don’t have internet as I write this. I stopped at a motel and asked if they had wi-fi and they said yes, but unfortunately I’ve been unable to connect, so this entry will probably not make it to the blog until I get back to Dubai. It’s important to me though that I write now as most of what has transpired the last few days is still somewhat fresh in my mind.

I arrived in Amarillo, Texas without a hitch. I usually complain about my flights, but this time I got lucky for the most part. From London to Dallas I sat next to a very small girl from the Philippines that was probably the sweetest girl I’ve talked to in some time. She was a college student heading to New Mexico to go to school. It was her first time in The States, and she was a little bit nervous about what to expect. When we got to Dallas I have to say that it was probably the most pleasant time I’ve had on this trip, the airport was basically empty, the people were extremely polite, and for the two-hour layover I had there, I kept thinking that I could see myself living here. I’m not kidding when I say that everyone was polite either, I don’t think I’ve ever been treated as nicely as I was in Dallas. After a slight delay my flight to Amarillo landed to the warm Texas summer evening. Things were really going well. As I followed the other passengers through the gates I see my Brother standing there waiting for me. I can’t say that it was a complete shock since he wrote that he was in Canyon, but I can say that I was happy to see him. It’s been about five years since I’ve seen him or anyone else in my family and to have him make the trip to Texas, and then to meet me at the airport was one of the best things to happen to me in some time. I been on a lot of flights to nearly every corner of the world and this was the first time in about twenty years that anyone has met me when I got off an airplane. 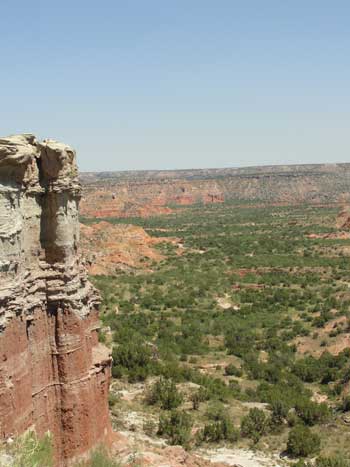 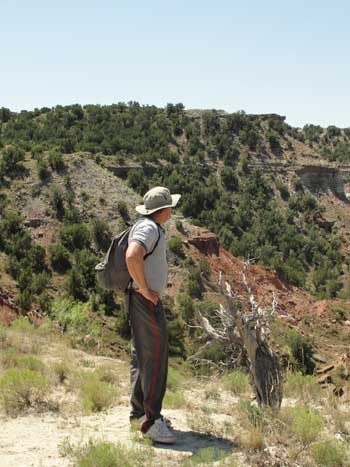 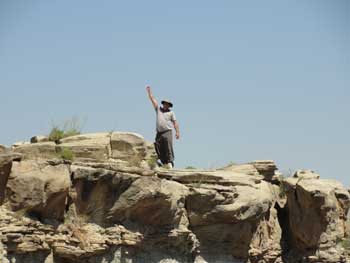 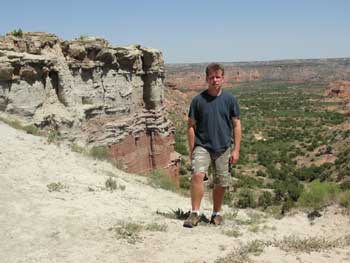 The next two days my brother and I just hung out, went to Amarillo, and I did a little bit of shopping. I kind of felt sorry that Chuck had to wait around while I went shopping, but the shopping was a necessity for me. On Sunday morning he and I went hiking in the Palo Duro Canyon. I do a lot of walking through cities, in fact it’s how I get to know a city, but it’s really enjoyable when it comes to hiking along a path in the semi-wilderness. The crunch of the rocks under feet, the buzz of insects, and the lack of civilization all come together to make it almost therapeutic. In some ways it is kind of like some of my walks in Dubai, only it’s the sand under feet, the buzz of high-tension power lines, and the haze of the skyscrapers in the distance.

Chuck left Canyon after the hike and although I understand that he has a life that he had to get back to, I really wish that he would have stayed longer.

It’s late and I just got home. Since I don’t really feel like going to bed I figure it’s a good time to update my journal, this entry will be real time… meaning I’m not writing about something that happened a day or two ago.

I had a great day. :) After my last post I took off to do get some more shopping in, but I took a detour and decided to go to the Cadillac Ranch. I can’t give you the reasons for it, but I can describe what the Cadillac Ranch is, it’s a bunch of old cars that have been partially buried. I don’t know the reason for it, but it’s an art piece that is pretty cool. 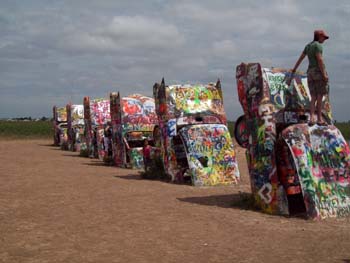 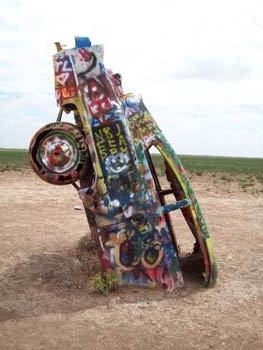 Later on I went an hung out with Mandy at her shop. She and Alex have an art gallery and framing shop in the heart of Canyon. That was about 5, and at about 7 Jan came over and we went to dinner. Great dinner and great company. We finished the night having coffees at Hastings. 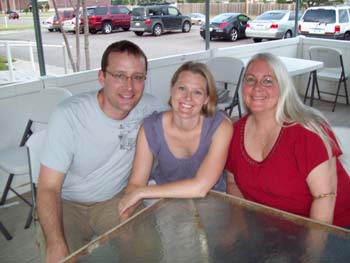 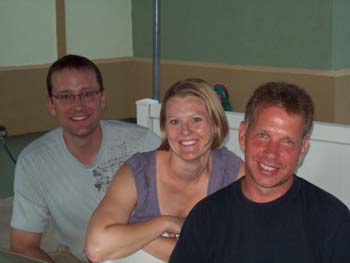 Tomorrow I’m going to finish all the things that I need to do before I leave to go back to Clovis. I should be on the road early evening.

I’m in Canyon, Texas right now. It’s about 100 miles from Clovis, and in many ways it’s very similar to Clovis.

Yesterday, I got into Canyon and rented a motel room and decided to go for a walk. I really like to walk for some reason, and since I got to the States I haven’t done any. Considering with the amount of walking I did on my trip, I was starting to feel confined or maybe a better way to describe it was like I was getting into a rut. I’ve actually been watching tv. :(

So I emailed friends here to let them know that I was in town and then took off for one of my long walks that I used to do when I lived here. What I didn’t take into consideration was how the weather burned me out. When I got back to the motel about 2 hours later I was so tired that I took a nap. Nothing wrong with that except that I told the people that I emailed that I’d call them when I got back… oops, my bad. Anyway, I’m laying on the bed trying to wake up when I hear pounding on the windows and door. I put on my shorts and look outside and Jan, Alex and Mandy are all there. Talk about feeling stupid. :) They were there to pick me up for a party tonight in Amarillo.

They were nice enough to give me a few minutes to take a shower before we left.

The party was fun, it was more of a get-together than what most people consider to be a party. About 14 people all hanging out and playing games. Well, I was the only one that didn’t play any games… I don’t know why sometimes I am so anti-everything… I just didn’t feel like it I guess. We stayed there until about 1am.

It was a good time.

This was the team that lost. Notice they’re sporting the “L” for loser?

Today was more of a work day for me… not really work, but more of getting ready to leave for dubai day. In dubai I can’t really find clothes that I like. It seems that everything I find there is all fashion stuff, and if you know me, I’m nothing about fashion. So the last few months in Dubai, as my clothes were wearing out, I planned on when I was back here to stock up on jeans, shirts, and all the other stuff one needs. That’s what I’ve been doing so far today. I may need to make one more trip in a few hours to get make sure that I have enough for another year in Dubai.

Tonight I’m planning on dinner with friends and then tomorrow I’m going to the school to visit with some of my old profs. I hope that they’re there.

One thing that I don’t know if I’ve mentioned or not, is that I’ve been pretty vocal about losing the “sense of home” about Clovis, but I need to mention that it’s not just Clovis. I don’t want to go back to Dubai either. I don’t think I’ve ever had such a good time as I did on my travels around the world and I don’t want that feeling to end. The places that I’ve seen, the people that I’ve met, and all the other things that have happened to me have made it the best time of my life. I don’t want it to end… I want to book a trip back to Europe and probably head right back to Venice, and start again.

It’s Thursday, about two days since I did my laundry (journal post) but anyway I made it to Balmorhea, Texas to get some scuba diving in. I tell you it was just what I needed. About two days with a good friend talking and diving. The water was warm and clear and had all sorts of fish to play with.

You have to imagine this place… actually you don’t because I have pics to upload, but it’s an oasis out in the middle of the desert. It’s fed by springs so the water is crystal clear and warm. It’s also shallow, about 25 feet at the deepest, which is good thing for me since I sometimes have problems with my ears clearing if I go too deep.

Before I went I bought an underwater camera, so in a few weeks probably I’ll have photos of greg and me diving to put up here. I can’t thank Greg enough for first suggesting it, and then taking care of all the small things to make it happen. I owe him and if he ever comes and visits me in Dubai I’ll make sure to make is stay the best.

On the way back today we went to the Roswell Museum. It’s so funny that people still think that a space ship crashed there, but taken with a grin it was a lot of fun. When you go to the counter to get a ticket, the guy asks, “how many humans in your party?” I also heard him ask someone if, “can you prove that your human?” :) Too funny.