So I’ve been fighting jet lag for the last week and it’s been a tough go. So I’ve been doing stuff to just try and keep busy during the day. This morning I decided at about 5 to go to the beach (persian gulf). The only time that you can go to a public beach here is evening to mid morning. After that it gets too hot to have fun.

Anyway, it’s early right? I mean, 530 in the morning who would have the same idea as me… I mean how many people are fighting jet lag? I guess there was a big shipment of people from some far away place, because the beach had lots more people than I would have thought. I know, I know, it doesn’t look like there are many people on the beach, but that’s because you have to watch the video, that I took. It’s not long and it should be added to the blog by later today. I’m in the process of uploading it right now. I think this is the first time that I’ve show my chest on the blog, and no, I was not in 300 (that spartan movie), :) 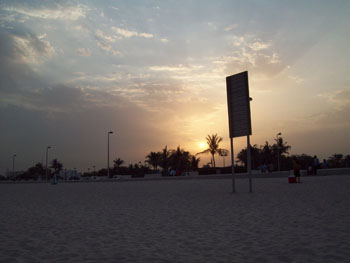 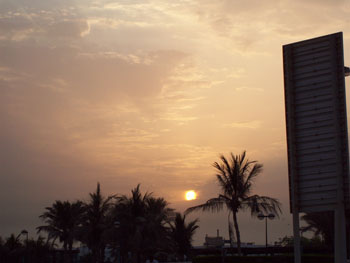 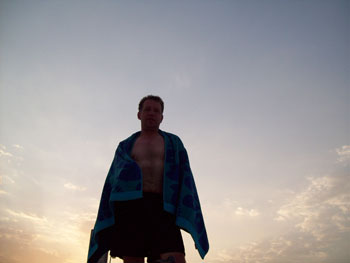 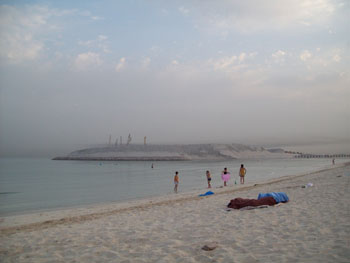 I had a blast though just bobbing up and down in the water. The water is so salty that you float better than you would normally, it makes it kind of fun. Just take a breath of air and you float high enough out of the water that you can just hang out there forever, let the breath out and you sink down some.

I don’t think that I’ve ever been at the beach that early without having slept or camped there. The temperature was about 85, the water was at least that warm… I guess. I hung out there for about an hour before I decided to walk home. I mentioned that the Gulf is 4 blocks away, but the beach I went to was about 5 miles away. With the perfect weather I headed home… perfect I tell you, perfect, not a lot of traffic, the sun was at my back, and mild temp, it was the best walk I’ve had since I’ve first showed up in dubai over a year ago.